It’s fair to say that what we were taught about DNA in school was at the least incomplete and at worst ignorant.  That is, if we even paid attention to this aspect of biology because as most of us recall – High School science was boring. 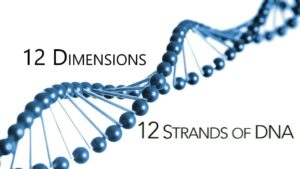 What we now know is that every human has 12 strands of DNA, 2 of which are active.  For sometime now while scientists couldn’t make out the other 10 strands, they were referred to as “junk DNA”.  There are 12 levels of consciousness – 12 strands of DNA, starting to see a correlation?  Long ago during the civilizations of Lemuria and Atlantis, humans had access to at least 5th dimension awareness, which explains the technology advances that they enjoyed.

Why are we only functioning on 2 strands of DNA?  There were actually two reasons: (1) that as humans evolved from a spiritual-based existence to one of materialism and the presence of service-to-self beings began to grow, the DNA began to deteriorate. (2) Has to do with manipulation – but that is a comprehension conversation for another time.  Regardless, humanity has been stuck in this rut for eons and it had a direct correlation to the reasons humans couldn’t ascend to higher dimensions. 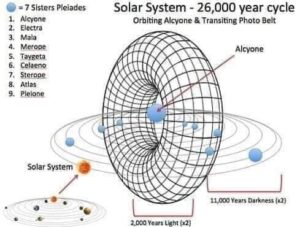 DNA is made up of two double helixes that carry your genetic code.  Currently it keeps us in a 3rd dimensional state and prevents us from ascending higher.  But change is taking place without many paying attention.  There is a cosmic event taking place that is flooding Earth with Photon Light Plasma from our central sun Alcyone. Our solar system takes 26,000 years to make one orbit around our central sun and the new orbit began in 2012 during the winter solstice. Many thought of this as the Event that would catapult humanity into higher dimensions, and to a degree it was.  However as of 2016, our entire solar system has been fully immersed in this Photon energy and we will remain there for the next 2000 years.  These are called Ages of Light and this cycle was the anticipated entry into the Age of Aquarius, also known as the Golden Age.

This photon energy is affecting everything at a sub-atomic level and mutating our DNA at the cellular level.  I know that mutation may sound like a bad thing, but let me assure you it is a welcome metamorphosis for Earth and all that habits the planet.

Your DNA is preparing to turn into triple helix strands and it seems as though the number of strands activated relates to the dimensional level in your awareness.  This activation to higher levels of awareness is taking place by two means.  There is the cosmic showering of Light Plasma from the Central Sun feeding our solar system Sun  and in turn, through natural phenomenon our Sun sends out solar winds and flares constantly.  Many of which find their way to hit the earth’s outer magnetic field and spread that electromagnetic energy through our ionosphere.  That is what causes the Aurora Borealis (Northern Lights), it is electrical discharge.

There has been much anticipation for eons of a solar event that will cause Earth’s ascension to a higher frequency (5th dimension = sustained 40 hz) and maintain that level.  Earth’s base frequency had been measured at 7.83 hz when Schumann first came up with the metric and humans match the frequency of their environment. Currently Earth’s frequency is more like somewhere averaging between 12-14 hz but over the last few years there have been countless spikes in frequency considerably in excess of 40 hz as demonstrated by the Schumann Resonance.

This Universal solar event has been in the making for eons and now is the time it will manifest.  Telltale symptoms earth would suffer through knowing that it would be thrown into chaos before the Solar Flash that would happen, indicating Earth’s arrival at 5D and Earth transforming into Gaia.  Earth is certainly in chaos now.

There were also other measures the Universe took to ensure that when ascension was to take place, it could only do so if the collective consciousness of humanity tipped the scales in favor of ascension, but that would require those humans to have awakened from the 3rd dimensional state they incarnated into.  Many beings volunteered to incarnate on Earth, with additional DNA strands waiting to be activated upon awakening, typically through some type of triggering their memory of who they really are.  This awareness is dormant in many humans who chose to incarnate for this very purpose, waiting for activation.  I was one of those who chose to incarnate for this purpose.

The last few generations of children being brought onto the Earth were incarnated with additional DNA already active.  I have heard countless stories of children with advanced thought patterns of healing and awareness.  You probably have seen children such as these.  They appear to be Old Souls and wise beyond their age would imply.  They will make the transition at the time of the “Shift” effortlessly.

There is much more detail to all the aspects of the information I provided here, but in an attempt to keep reading brief and make comprehension easier, I annotated what you are reading.  I will happily expand on more detailed explanation of what Akashic knowledge on these topics I’ve been given.

To conclude, this “shift” I am referring to for the Earth and humanity to ascend is unfolding now.  If you have been following my journey, you already know that my belief is that the “shift” will take place during 2020’s Winter Solstice.  It seems that there is much agreement not only in this realm, but from higher dimensional beings as well.

That should stir up some questions, so I will pause here.

ZanAffirmation: 220630 June 30, 2022 CANVAS In every realm through All the Multiverses, there is One 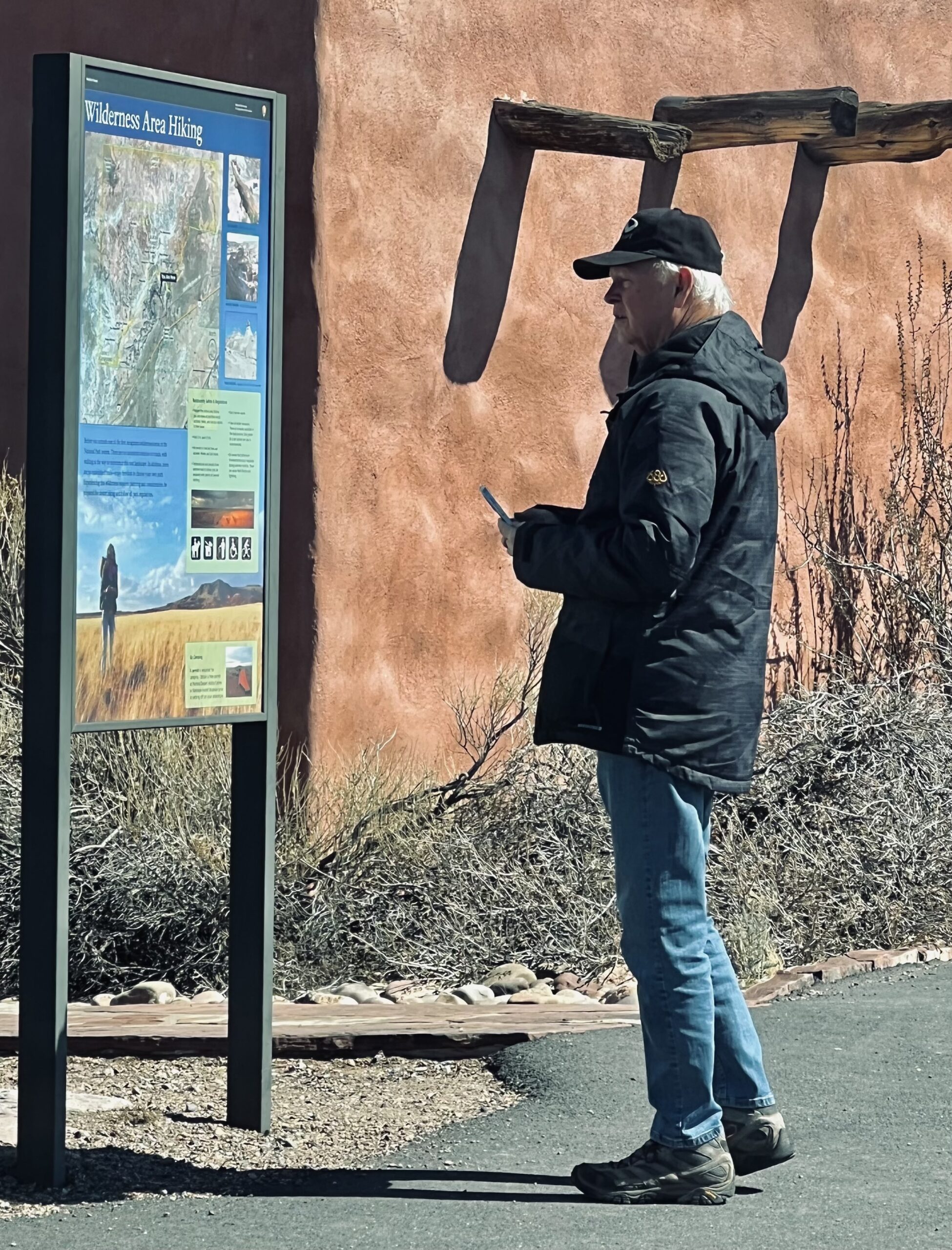